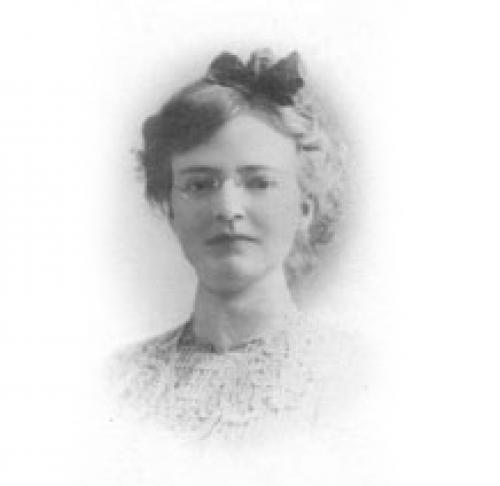 Fortitude... and a Leap of Faith

There have been many changes to Sarah D. Culbertson Memorial Hospital since Dr. Frederick Culbertson first opened the doors on February 15, 1921. Incredibly, on that day more than 2000 people stood in line for hours to tour the building. Many of them carried donations of canned fruit, vegetables and blankets as simple expressions of their support of a daring venture to bring modern medicine to their hometown. Although there was no guarantee his small hospital would succeed, Dr. Culbertson wanted his patients to receive the best care possible. Therefore, with only a small staff of well-trained nurses and his wife Sarah at his side, Dr. Culbertson took a leap of faith that is still benefiting area citizens today.

The Role of Sarah DeWitt Culbertson

Dr. Culbertson first arrived in Rushville to practice medicine in 1910. However, after a few years, he grew very frustrated at losing so many of his patients because there was no local hospital to care for them. He was also tired of trying to get to patients through all the mud-choked roads in the area. This was during the horse and buggy days and being a doctor meant driving mile after mile in mud that sometimes came nearly to the axles on the buggy.

Dr. Culbertson eventually grew so disheartened that he told his wife Sarah that he just couldn't go on practicing medicine without a proper hospital and he was ready to move back to Chicago. Sarah, who considered this area her home, didn't want to move to Chicago, so she told her husband, "If it's a hospital you need, it's a hospital you'll have." She went to a local bank and persuaded them to lend the Culbertsons the money they needed to build a hospital. It was all Sarah's idea. In fact, she managed the hospital for many years and turned out to be a wonderful businesswoman. She even steered the hospital through the difficult years of the depression. 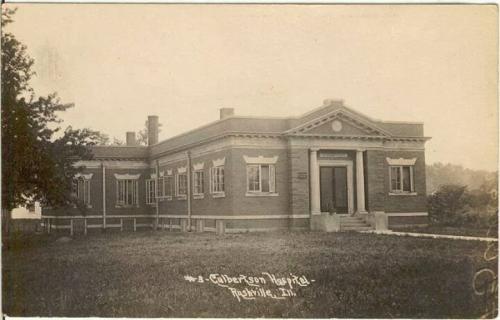 When Dr. Culbertson died in 1949, it was no surprise that he willed the hospital to the people of Schuyler County, with the sole stipulation that it be named after his beloved wife and co-founder, Sarah DeWitt Culbertson, who had preceded him in death. Dr. Culbertson always had insisted that his wife was the one responsible for the very existence of the hospital. Today, the hospital still bears her name... Sarah D. Culbertson Memorial Hospital.

From its modest beginnings, Culbertson has grown and changed with the times. Over the years, major renovations have both modernized the main facility and dramatically altered its appearance. Additional construction projects have taken place as well:

If Dr. Culbertson could walk the hallways today, the changes would astound him. The building has grown, services have increased and modern miracle machines hum in each department. However, one thing hasn't changed at all: Dr. Culbertson's commitment to providing the community with quality hometown health care continues today. In fact, it is his basic tenet of care and compassion that is the driving force of the Culbertson Memorial Hospital's mission.