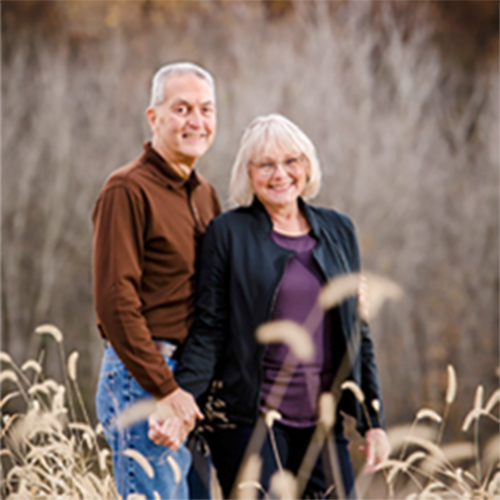 Rushville natives, Bob and Becky Jones, are well respected in the community and were instrumental in the planning for construction of the new Rushville community pool. Bob serves on the board for the newly constructed Rushville Fitness and Community Center, which will be completed Spring 2020. Bob recently retired after a successful career as an attorney in Rushville. Bob and Becky are also fitness instructors certified in several fitness disciplines. Bob credits Becky as the big driver and motivator for both of them giving back to the community. Bob also serves as a board member of the Culbertson Memorial Foundation.

In the Spring of 2019, Bob was diagnosed with esophagus cancer. He credits the doctors and the Sarah D. Culbertson Memorial Hospital oncology department for helping save his life. 2019 was a very difficult time for Bob, with major surgery at Barnes in St. Louis, but he has made a full recovery.

“It’s always sad when we lose a member of our community, but at the same time it’s gratifying when we see that the family of the deceased has designated Culbertson Memorial Foundation for a memorial gift. The Foundation then makes a gift that not only honors the legacy of the deceased, but also makes the gift with confdence that it will benefit a multitude of people for years to come.” – Bob Jones, Rushville, IL 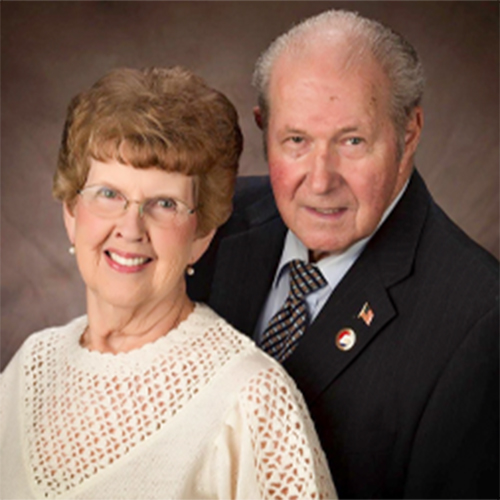 Harold Smith passed away in 2016 after truly making his mark on our community. He retired after serving for many years as the Schuyler County Treasurer. His earlier career was selling cars, which resulted in Harold knowing just about everyone. Norma Smith worked as an Administrative Assistant at Culbertson Memorial Hospital for 13 ½ years, retiring in 1990. In 2005, Harold was instrumental in the birth of the first ever Dr. Russell R. Dohner Memorial Golf Outing, which he then chaired for many years. His original goal was to raise $5,000 for the hospital, which was struggling financially at that time. The event now grosses over $40,000 annually in one day because of Harold and Norma's efforts in bringing this event to life.

“Harold and I always felt very fortunate to live in a small community that offered so much. Culbertson Memorial Hospital is one of those assets, a great benefit for Rushville and surrounding communities, offering many services and employment opportunities. We are proud to have been a part of the Foundation Golf Outing fundraiser over the years. Throughout my lifetime, I will continue to support it and encourage others to do so as well.” – Norma Smith, Rushville, IL 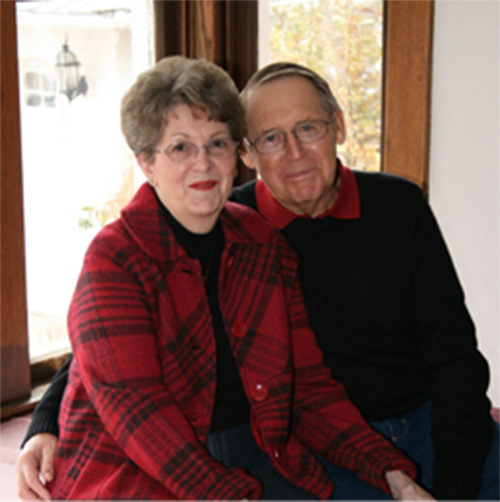 Ronnie Greer passed away September 2019. Memorials by family and friends in his honor went to the Culbertson Memorial Hospital Foundation. Ronnie and his wife, Carol, were high school sweethearts and spent their married life farming and raising livestock in Littleton, Illinois. They retired from farming in 2004 and in 2012 when Ronnie was diagnosed with Alzheimer’s Disease, they moved to Rushville to be closer to family and friends. From the time he was a little boy, Ronnie loved horses. He bought and sold Quarter horses, Belgian draft horses and Standardbred harness horses. Ronnie served on the Schuyler Co. Fair Board for over 30 years and was superintendent of the Draft Horse Shows.

“When deciding on a memorial, we wanted to support our church in Littleton and also give back to Rushville where we have many family and friends. Our daughter, Rhonda (Briney), has worked at Culbertson Hospital the past 2 ½ years as an RN supervisor and was influential in our decision to give Ronnie’s memorial to the Foundation. Our community is so fortunate to have Culbertson.” – Carol Greer, Rushville, IL 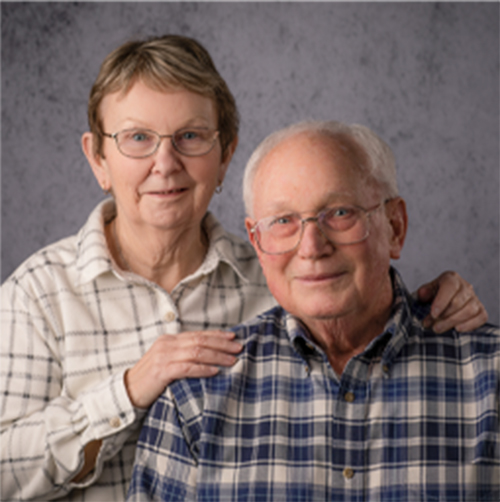 Wayne and Kay Crum are both retired teachers. Wayne is also a lifelong farmer raising Hereford cattle, which they are very proud of! Along with teaching, Wayne had a successful career as a high school football coach and IHSA official in football and basketball working state finals in football. Wayne currently serves as President of the Culbertson Memorial Foundation. Well respected in the community and active in their church, both Wayne and Kay share strong belief in the benefits of a local hospital and its importance to Rushville.

“Culbertson Memorial is very important in our lives. Wayne goes to a cardiologist (from Springfield) who sees patients here once a month. I had a sonogram here. We receive care by specialists without a long drive – excellent care right at home. We support our local hospital for all it’s done for us and others. Many folks have had their lives saved by the comprehensive services here.” – Kay Crum, Rushville, IL